A German actress, model, and fashion designer Claudia Maria Schiffer was born in a small town named Rheinberg to Heinz and Gudrun Schiffer on 25 August 1970.

Her father was a lawyer. She had a total of three siblings with two brothers Andreas and Stefan and one sister named Ann Carolin.

Claudia Schiffer was a popular high school kid as she was tall and hails from a wealthy family. Because of these reasons, many other girls in the school were jealous of her. However, she used to be shy and didn’t want any kind of attention in her school days.

In Channel 5’s, the world’s greatest supermodel, Claudia Schiffer was ranked with number 5. She has immense love for dogs especially German Shepherds. She wrote her autobiography in the name of Claudia Schiffer: Memories.

Claudia Schiffer is currently 51 years old and fluent in three languages namely German, French, and English. Her birth sign is Virgo and has an estimated net worth of $55 million. For her looks and attitude, she is compared to Brigitte Bardot, the former French model. She is currently living in England with her family.

In the year 1993, Claudia Schiffer met magician David Copperfield at a Berlin Celebrity gala and they got engaged in the year 1994. During this period, she appeared on stage with Copperfield. However, the relationship didn’t work out and they separated.

After this, she had a short-term relationship with art dealer Tim Jefferies until the year 2000.  She married Matthew Vaughn in the year 2002 and has three children.

There are many rumors that she has romantic links with Bon Jovi, Prince Albert of Monaco, and Peter Gabriela.

Career in Modeling and Films 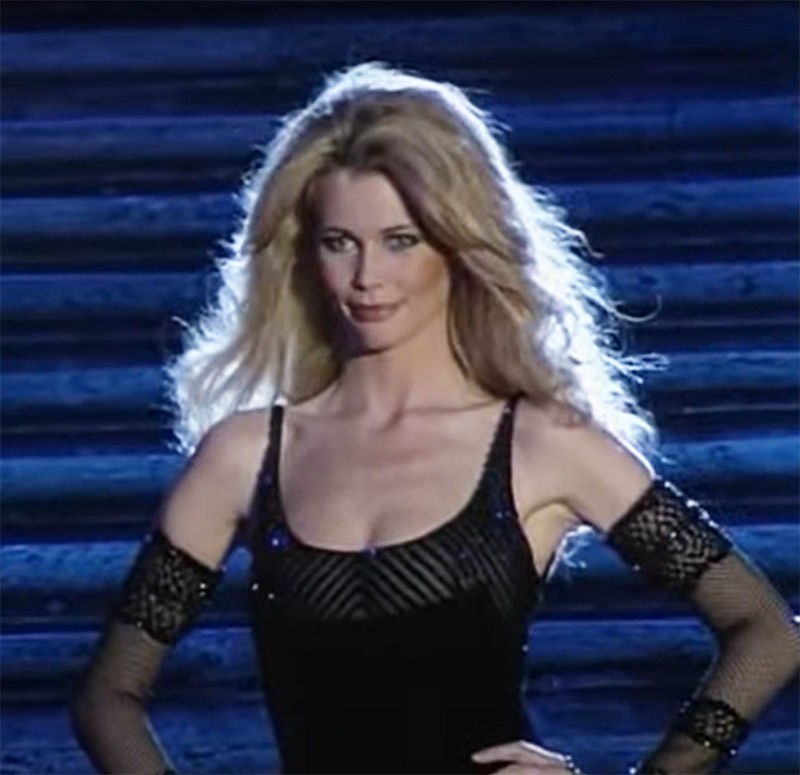 In the year 1987, she was invited to Paris for a model scout photo shoot. It was a huge success and was selected. She starred in the Guess jeans campaign and after that, she never had to look back again. She becomes a supermodel and becomes the prime face for Vogue, Rolling stone, and Cosmopolitan’s cover.

She was also the face of Spanish clothes Accessorize and Mango. She was the firsts model to appear in “Fantasy Bra” in the year 1996. She even got her ears pierced for Accessorize Autumn/Winter 2006 advertising campaign in the year 2006.

Schiffer made her film debut in the year 1994 in the movie Richie Rich, where she is the personal fitness trainer for the title character. In the year 1997, she starred in the movie The Blackout opposite Matthew Modine and Dennis Hopper. She also appeared in Friends & Lover, Black and White, Life without Dick, and many more.

Claudia made her presence in several talk shows such as The Oprah Winfrey Show, Late Show with David Letterman, Larry King Live, The Jonathan Ross Show, Late Night with Conan O’Brien, and sitcom’s Dharma and Greg.

Claudia Schiffer has also made cameos in many movies and music videos.

In the year 2011, during Paris Fashion Week, Claudia Schiffer launched her cashmere collection. In the Autumn – winter season of the year 2011, her debut in fashion design was made. This collection was sold globally in many high–end boutiques and departmental stores.

Claudia is actively involved in UNICEF activities and also a member of the same in the Arts & Entertainment support Committee. She was also a spokeswoman for breast cancer. She is currently UK Goodwill Ambassador for UNICEF.