Rich Dad Poor Dad was written by Robert Kiyosaki and Sharon Lechter. It was the first book in the Rich Dad series which was originally published in the year 1997. The book was sold over 32 million copies in more than 109 countries and also got translated into more than 51 languages. It was on the New York Times bestsellers list for over six years.

Everyone in the world is in the race of attaining more wealth and save for the future. But the sad reality is they end up doing the same boring job and are stuck up in the rat race.

Rich Dad Poor Dad’s book is about the importance of financial independence and the art of wealth building by investing in assets. It urges people to think about how the rich use the same system to get more richer and the poor use it to get more poorer. Rich Dad Poor Dad book was the #1 book of all time in the field of personal finance. 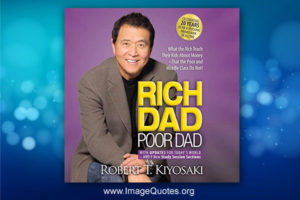 In the entire Rich Dad Poor Dad book, readers will come across two dads, Rich Dad and Poor Dad. Poor Dad is the biological father of the author Robert. Poor dad is well educated and highly intelligent, who believes in getting a traditional education and then get a well-paid job. But Poor Dad was financially unwell.

In the contrast, Rich Dad was the father of the author’s best friend. He was an eighth-grade dropout and had a very high financial education. He knows how to make the money work for him and became a millionaire in due time. This book gives a view of both the dads in terms of money.

How do the rich make the money work for them?

The author tried to explain the real difference between asset and liability. An asset is something that produces income, or appreciates, or has some value. On the contrary, liability is something that takes money out of the pocket and adds more money to the expense column.

Robert opened up how the corporates play the investment game smartly. Corporates under the tax structures and use legal ways to reduce the tax burdens but enjoy all the benefits that an individual won’t.

Many business owners with companies first earn, then spend, and finally, they pay taxes on what is left. But an employee who works for them first earns, then pays tax and finally spends in what is left to them. The main point to note here is employees first pay tax, while the owners first spend the money before paying tax.

Robert tried to enlighten the readers by stating that the rich invent money by finding opportunities that normal people won’t because of a lack of skills, resources, knowledge, or other contacts. According to him, there are two types of investors, the former who invest in the package like everyone else do and the later are professional investors who invest in the market that most of them won’t do by identifying the right opportunities. 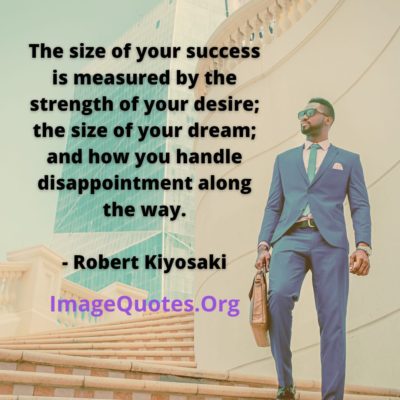 Difference between the rich and the poor

The main difference between the rich and the poor is the way they work for money. Poor Dad who is well educated and intelligent, always looked for job security and that is the main reason he worked for money. On the other hand, Rich Dad worked to learn new things to make money and thus finally become a millionaire.

Starting from a very young age, one has to work hard to have a proper vision and clarity in life regarding what they are doing. It is very important to see good in everything and train the mind to do the same. Rather than following the masses, it is important to take time for developing the financials.

Even after 25 years after writing the book and many books that are released in the series, the first book of the series Rich Dad Poor Dad remains the best book for starting the steps towards financial independence. All that is needed for the people is to have a clear goal regarding why they need to be rich or have money to escape from the rat race as Robert said.

Cons of the book

Rich Dad Poor Dad book mainly focuses on getting rich no matter where you are right now. It encourages people to find ways of getting rich. It focuses on financial awareness among the readers and then the creation of personal objectives for building wealth and obtaining financial freedom. It asks readers to create goals and make strategies to work on these goals. Also Read Book Review at Quora.

What are the benefits of reading the book – Rich Dad Poor Dad? Is it good?

If one has to attain financial freedom, it is important to have financial education and awareness in life. Rich Dad Poor Dad is a classic in the area of wealth management and this book helps people in shifting their thoughts from traditional thinking. If one has to attain wealth and escape from the rat race, this book helps the people to get it and achieve the desired freedom.